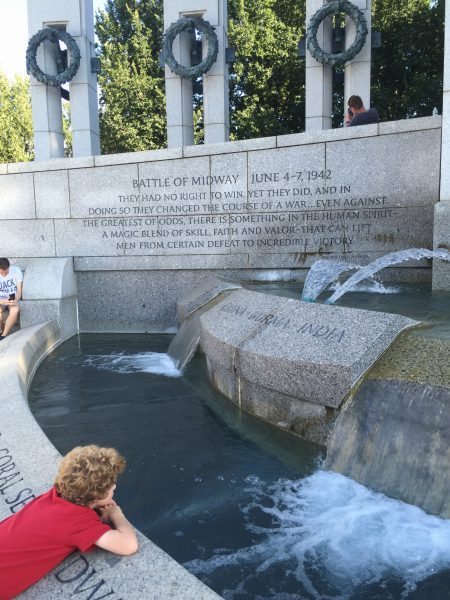 Washington DC’s National Mall is home to many of our country’s most significant historical monuments. 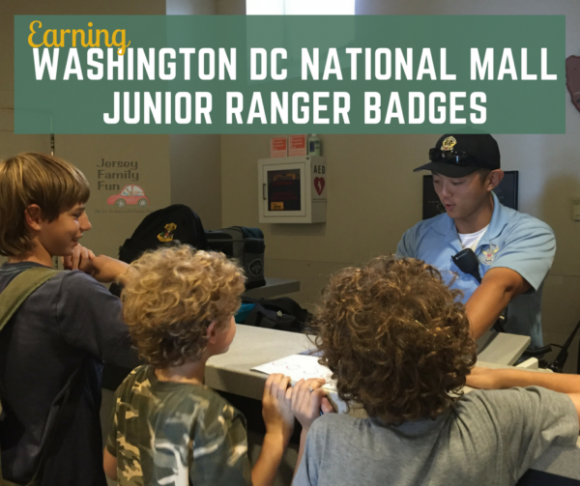 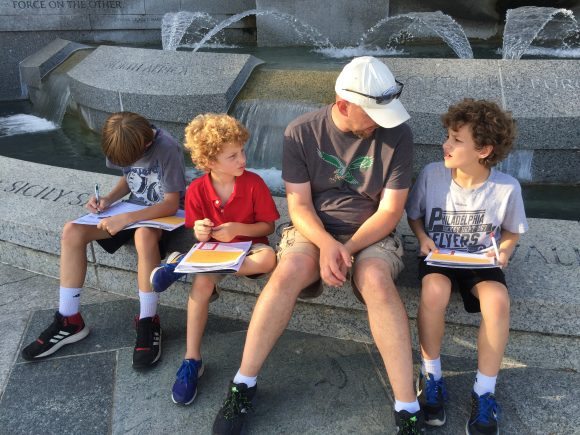 Working with daddy on their Junior Ranger badges.

At the World War II Memorial, my boys decoded a telegraph by looking at an engraved plaque on the Atlantic side of the memorial. The west side of the memorial helped them with a connect the dots picture. They needed to analyze one of the bronze panels for an open ended question. Finally, they matched up war items with the materials they were made from. 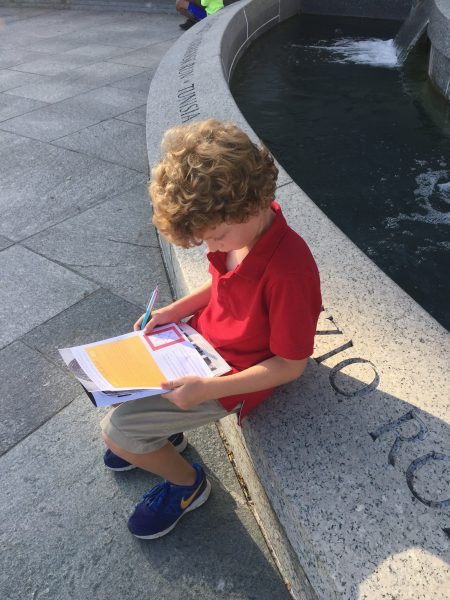 At the World War II Memorial working on his Junior Ranger badge.

Over at the Lincoln Memorial, the boys used Morse Code and the engravings on a wall to decode one message with the words from speeches made by Abraham Lincoln. The boys also had to answer questions about the structure of the Memorial in order to earn their Washington DC National Mall Junior Ranger badges. 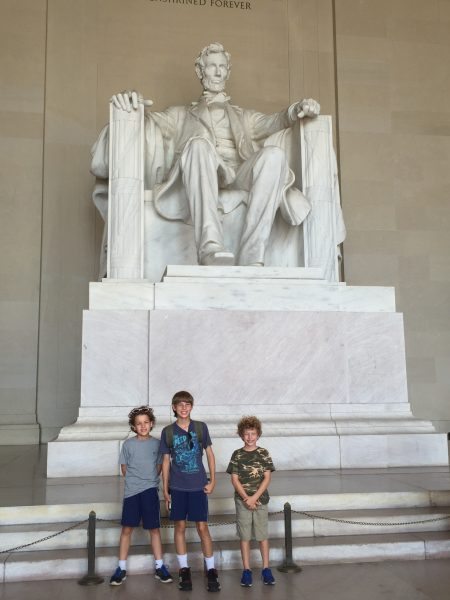 Taking a break from badgework at the Lincoln Memorial to pose for a picture with Lincoln.

When we visited the Vietnam Veterans Memorial, my boys learned important and unique facts about the Memorial from a very wise park volunteer. His answers helped the boys complete the crossword puzzle on the Vietnam Veterans Memorial worksheet. The worksheet also challenged them to think about what they believe is worth fighting for and had them taking part in the tradition of tracing a name from the wall. 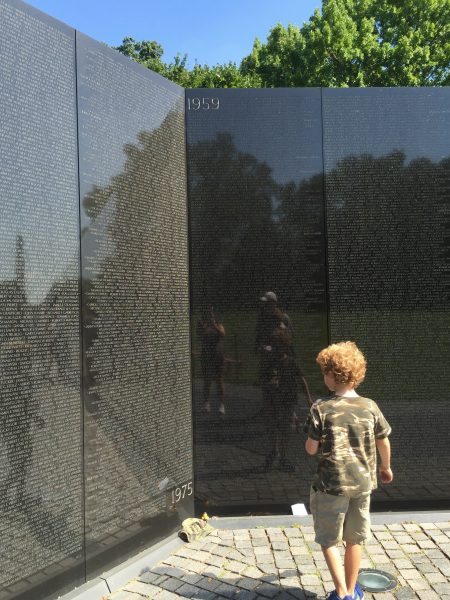 At the Korean War Veterans Memorial, my boys had to carefully observe the statues of soldiers as well as the wall memorial. Their Washington DC National Mall Junior Ranger badges worksheet asked them to identify not so obvious items the soldiers were wearing, trace the path of a soldier on a map, identify our allies in that war, and draw the face of a soldier from the wall engravings. 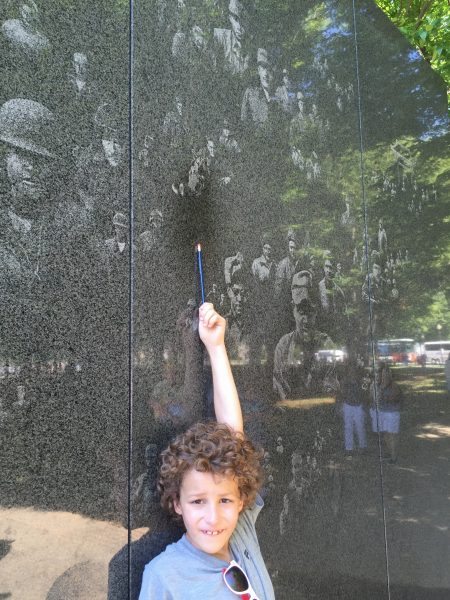 He found the only etching of a dog that exists on the Korean War Veterans Memorial wall.

When we visited the impressive and extensive Franklin Delano Roosevelt Memorial we walked through long passageways of stones, sculptures, water fountains and more. The memorial spoke of the many quotes Franklin Roosevelt made over his lifetime and the moments that established his legacy. In earning their Washington DC National Mall Junior Ranger badges, my boys drew scenes from the monument and wrote out their interpretations of those scenes. The worksheet also had some fill in the blanks based on the quotes engraved on the wall. 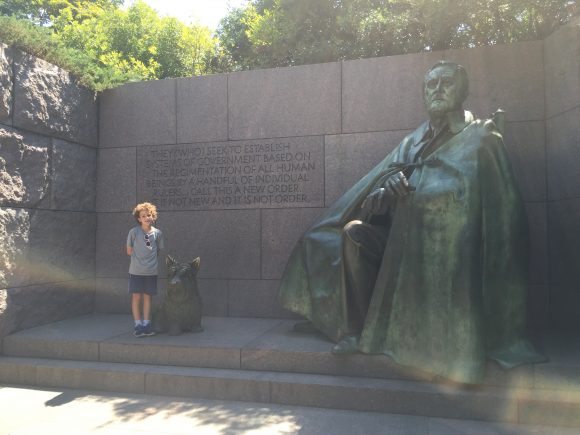 The last Washington DC National Mall Junior Ranger badge worksheet the boys completed was based on the Thomas Jefferson Memorial. To finish this one my boys had to use the wall engravings to fill in the blanks on quotes, use the statue of Thomas Jefferson to predict what they thought symbols on the statue meant, find the words in a word search and match up locations with the moments in Thomas Jefferson’s life. 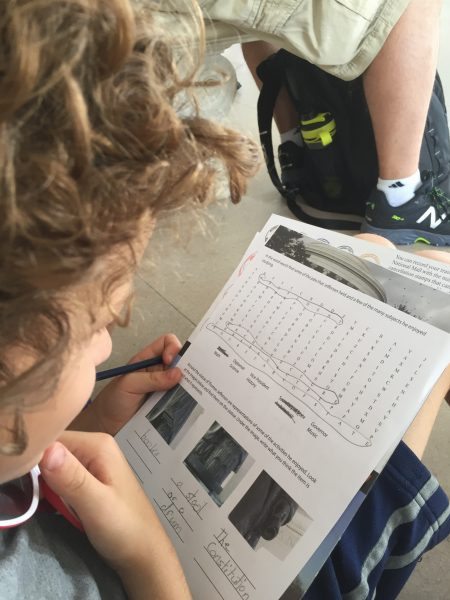 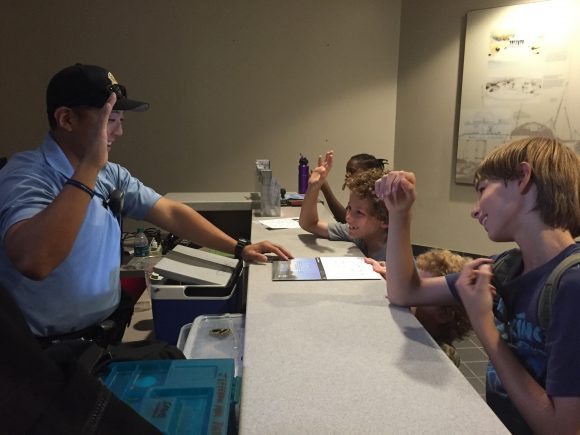 Being sworn in as Washington DC National Mall Junior Rangers 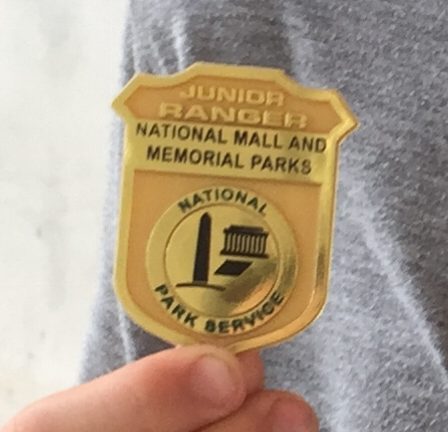 When we got back to our room at The River Inn my oldest son (11 years old) wanted to share some of his highlights from earning a Washington DC National Mall Junior Ranger badge.

Washington DC’s Junior Ranger Badges are awesome! In order to get the badge you need to  complete at least 6 worksheets from 6 memorials. So when you go to memorials like the Washington Monument, Vietnam War Veterans Memorial, or Thomas Jefferson Memorial, you complete worksheets about the memorial’s history.

At the Vietnam Veterans War Memorial there is a giant black wall with all the names of people who died on that wars. The worksheet… I won’t tell you the answers, but it requires thinking.

At the Washington Monument, we didn’t climb it, but we walked around it and looked at it. The worksheet told us a lot about it. It was fun learning about it.

The Thomas Jefferson Memorial, was awesome though. There were Jefferson’s famous speeches on the walls and a giant statue of Jefferson in the middle too. The worksheet was jam packed with questions also.

I will say that the work of earning this Junior Ranger badge was exhausting for us all, in a good way though. It forced my children to slow down and appreciate the Washington DC monuments and what they stood for. Doing the badge worksheets and interpreting what my boys saw around them was a great way for them to relate to what they learn at school and to connect with that learning and each of us. We had many family discussions going from one monument to the next about the history of our country, present times, and our hopes for the future.

Have your kids earned their Junior Ranger badges from the Washington DC National Mall or anywhere else?

We’d love to hear about their adventures and learning. You can click on the image below to follow the journey of the Jersey Family Fun kids earning their Junior Ranger badges. 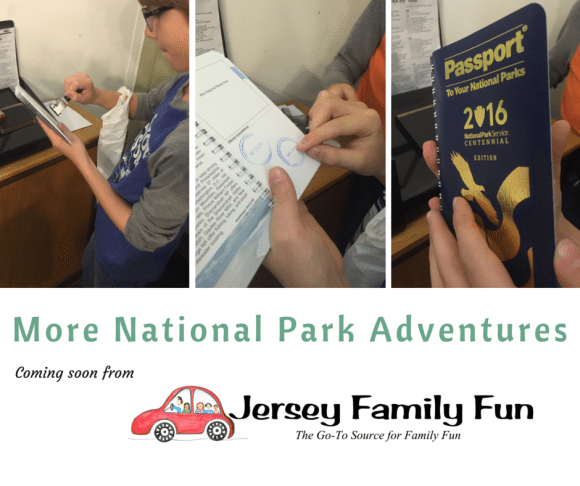 Find more of our Washington DC National Mall pictures in our Facebook Gallery.

Make sure your visit to Washington DC includes this free activity for kids. 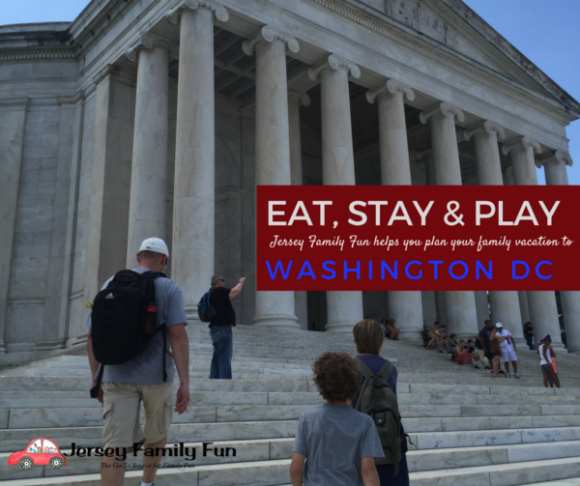