We’ve always enjoyed the fun that comes from visiting Six Flags Great Adventure’s media events. It’s cool to be the first to go on their new rides, see how holiday lights transform the park, or how one year’s Halloween Fright Fest event will be better than the previous one. A few years back attending Six Flags Great Adventure Fright Fest marked a new milestone for my oldest son. As the media event for Fright Fest fell on his 12th birthday, we decided it was the perfect time for him to check out the thrills and chills of Six Flags Great Adventure Fright Fest Fright by Night. That was 3 years ago. Since then, it’s become a family tradition for us to visit Fright Fest. He might be older, but that doesn’t mean he hasn’t gotten scared or spooked by the monsters and creatures at this New Jersey Haunted Halloween attraction. As a mom, I get some of my best laughs hearing my oldest teenagers and his friends getting spooked and scared. 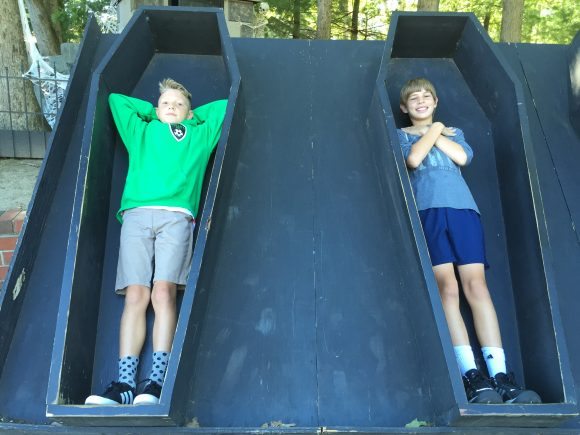 My son on the right, in a coffin being silly, at 12 years old. 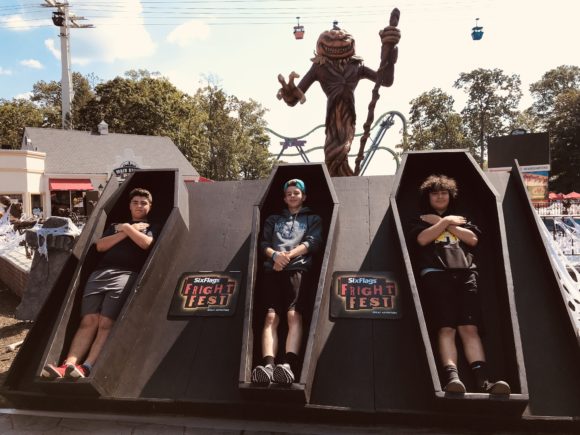 Before proceeding to read about Six Flags Great Adventure Fright Fest Fright After Dark, please know that this blog post does contain scary images reflective of what we have seen at Great Adventure’s Fright Fest over the past few years. 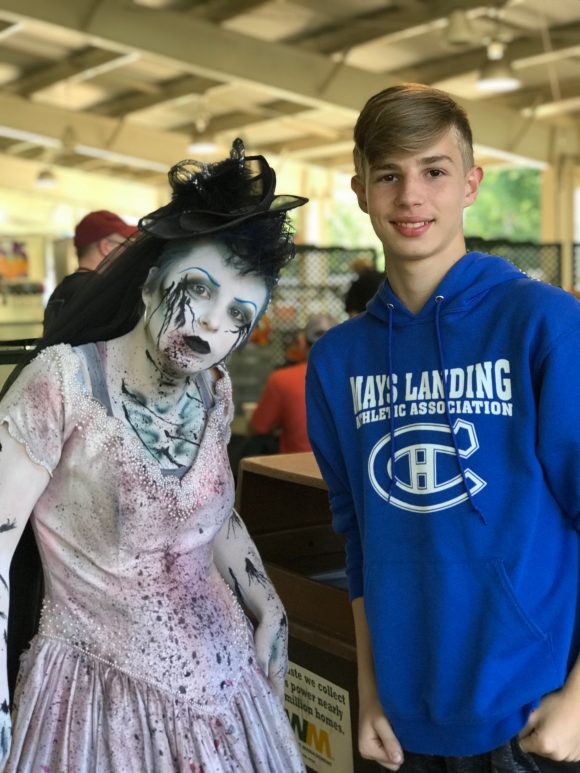 Now at age 14 he thinks he wants to join along with Fright Fest as one of their scary creatures.

As a mom, I will say that I felt within the haunted mazes that the Fright Fest entertainers adapted their antics to their audience, their ages, and their appetite for scares. That’s not to say the characters in and of themselves aren’t scary, they are. Some are more horrific than others. There will be loud taunts in some areas and quiet whispers in others. Some zombies will creep behind you and others might pop out ahead of you. A few might follow you. I did feel, at times, that some of the activities could be scarier, but I suspect that those activities were tamed down for my two tweens. (That was confirmed this year as my boys were older and it did get a little creepier for them.) It is scary enough to have them jumping, on edge, and laughing, but no one was so scared that they were in tears or afraid to do more. As in past years, everyone went to bed exhausted from the fun, with no nightmares to report. 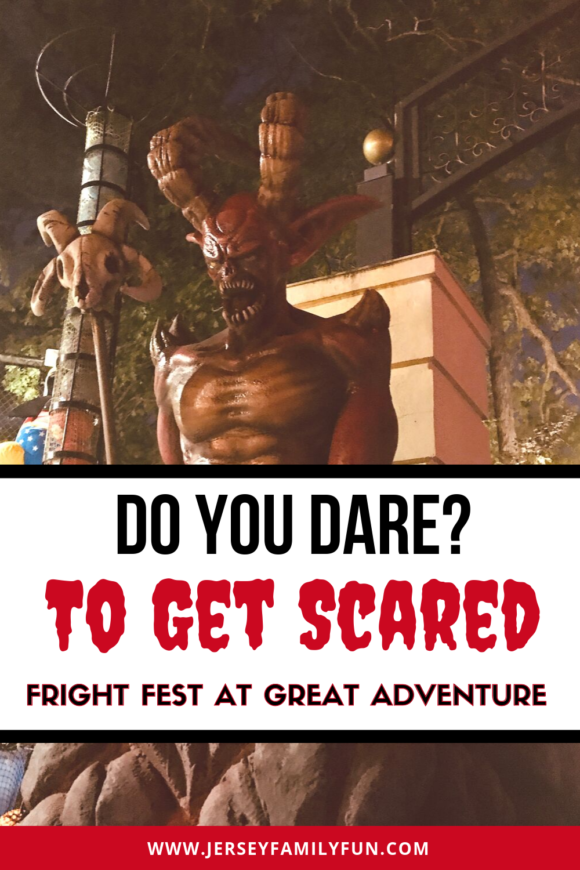 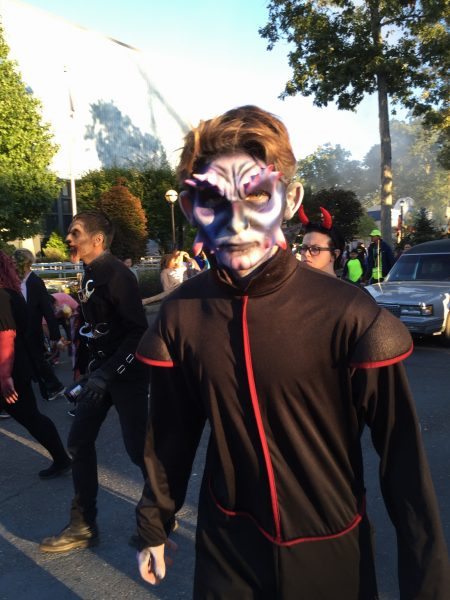 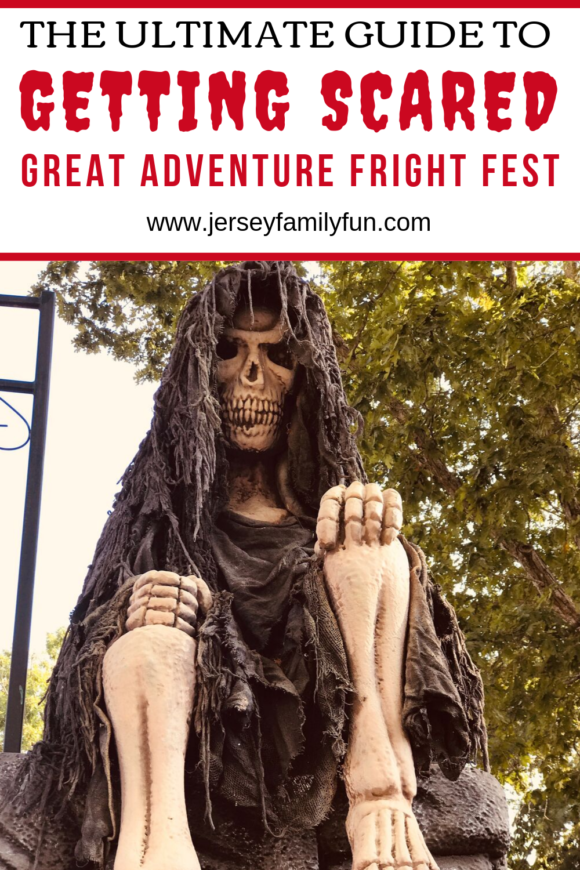 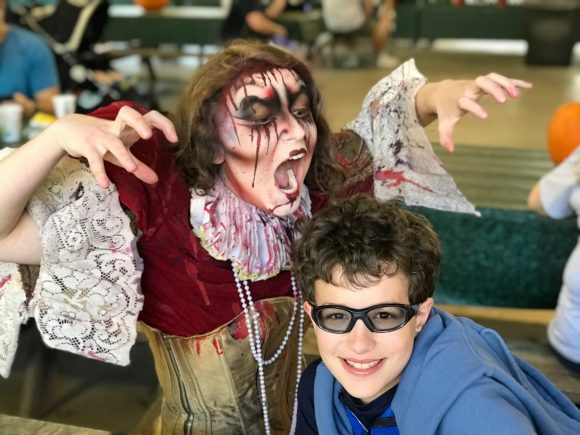 My 2nd son, the 12 year old gets in on the photos with a Fright Fest zombie. 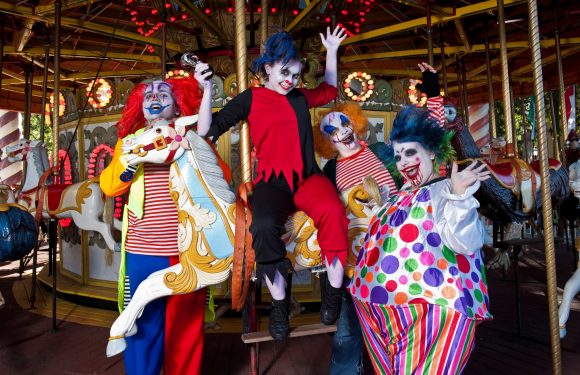 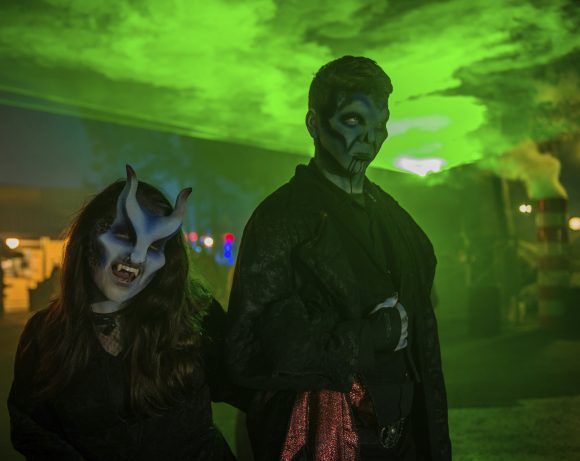 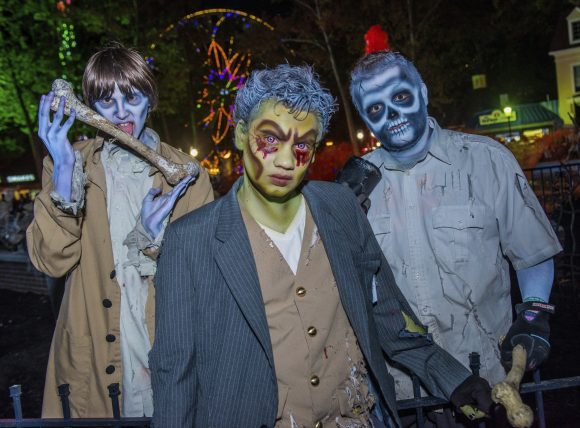 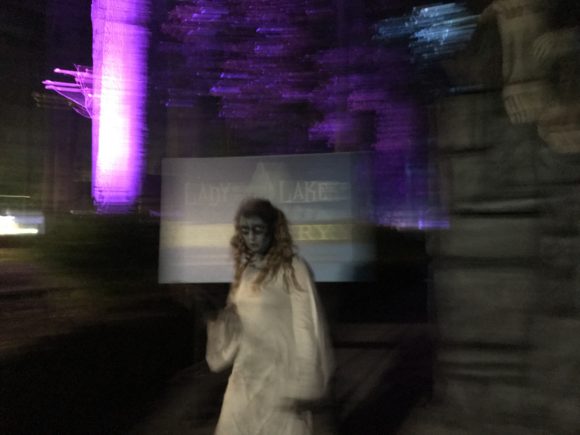 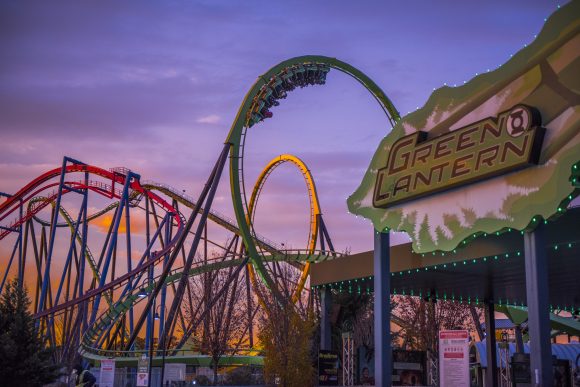 These scary Great Adventure haunted mazes and scary attractions do require tickets for an extra fee. The tickets can be purchased at a four locations throughout Great Adventure. 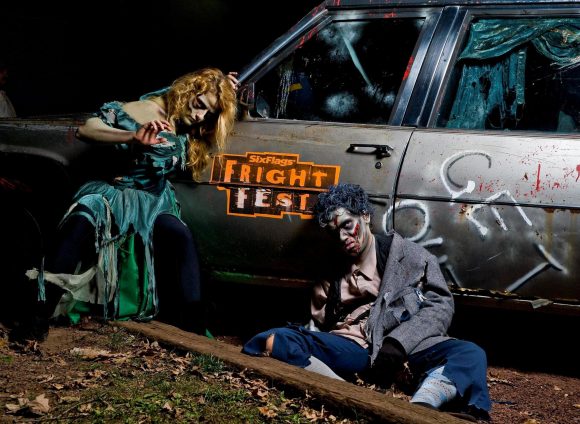 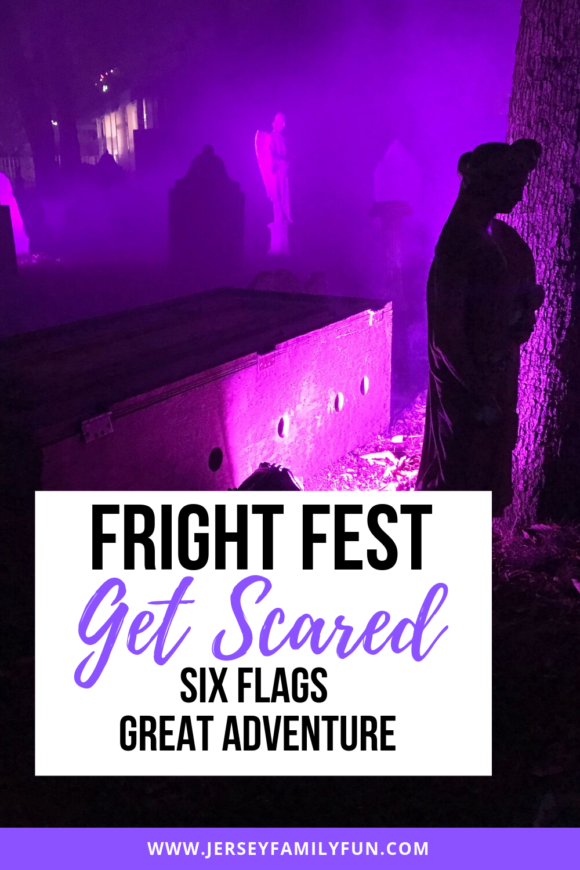 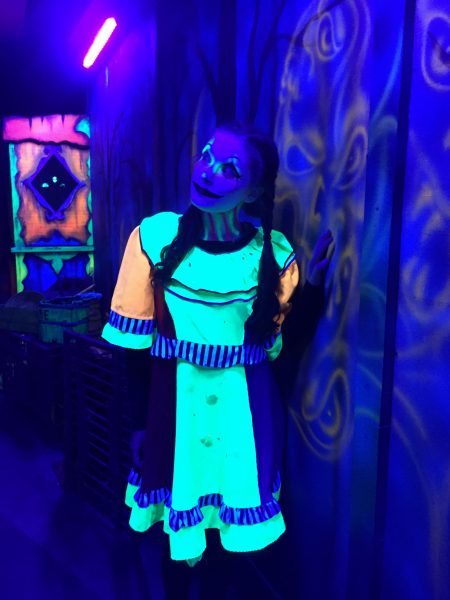 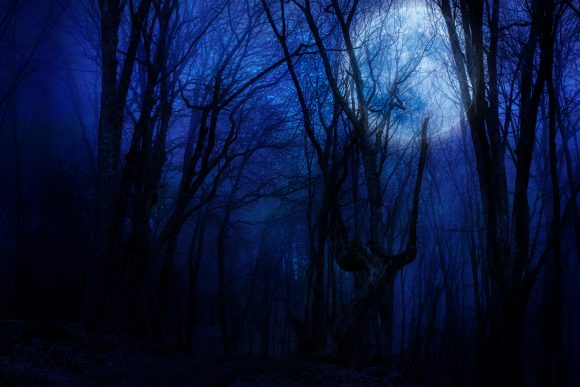 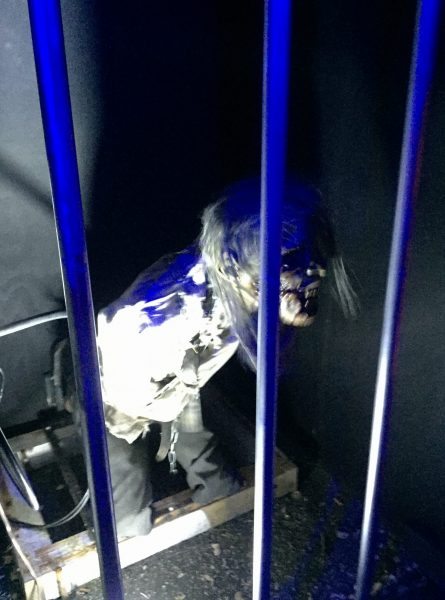 Tips for the horrific haunted mazes 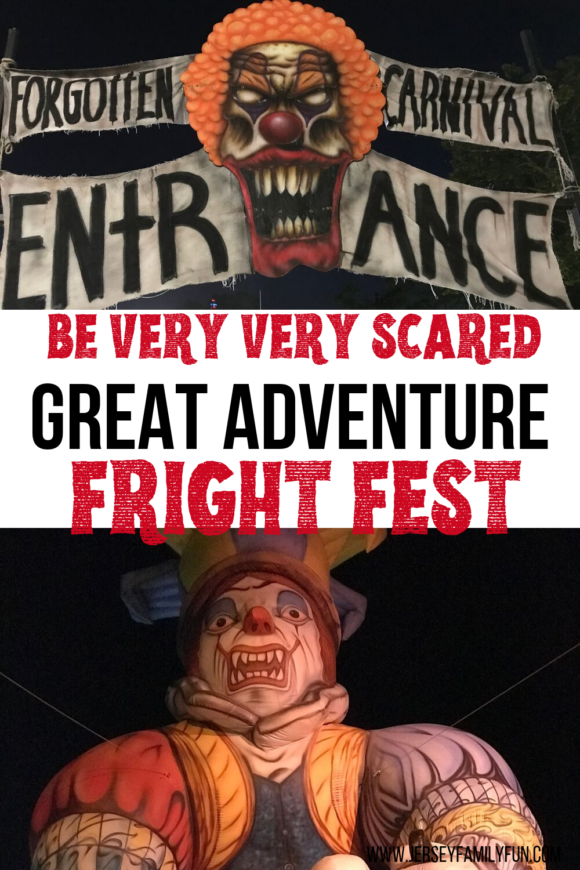 If you visit Fright Fest at Great Adventure: 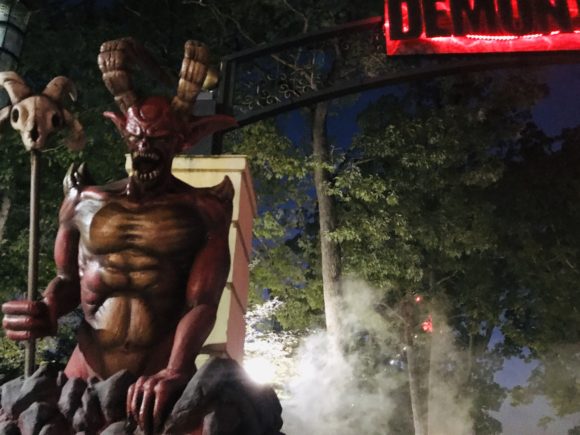 Fright Fest is open weekends from September 13 – November 3 plus Fridays in October and Monday, October 12 (Columbus Day).  Terror Trails and Haunted Houses are an additional cost. Learn more and buy your advance tickets at www.sixflags.com.

Are you ready for the thrills of Six Flags Great Adventure Fright Fest Fright After Dark? What scare will you experience first? 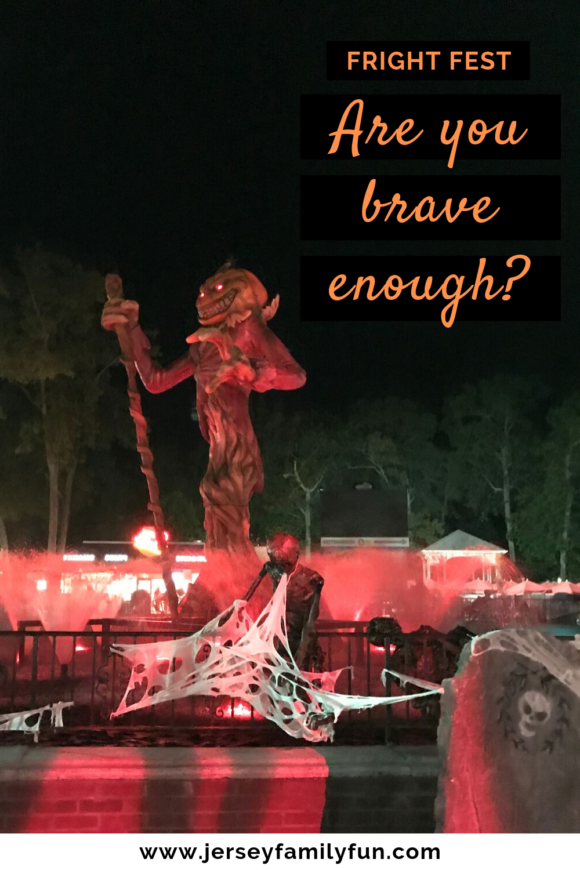