was honored to be invited to the #PixarCocoEvent, a Disney press junket for Disney Pixar COCO, Big Hero 6 Baymak Returns, Kevin (Probably) Saves the World, Designated Survivor, and Olaf’s Frozen Adventure. As a guest, my expenses were covered in return for a series of articles about my experiences and reviews of the programming.

While making the Disney Pixar COCO movie, the creators started on the music earlier than they have with many other movies. That was one of the first things I learned when sitting down with Michael Giacchino (Composer), Germaine Franco (Songwriter/Arranger), Camilo Lara (Consultant), Adrian Molina (Writer and Co-Director) & Federico Ramos (Guitarist) this past August to discuss the Mexican music in the Disney Pixar Coco movie and that influenced the Coco songs. In Coco, music isn’t just something that accompanies the movie it’s a main focus of the movie. It helps to tell the story of Miguel in his own quest to become a Mexican musician.  In my latest story for my #PixarCocoEvent series, I discuss the COCO music and its Mexican influences. 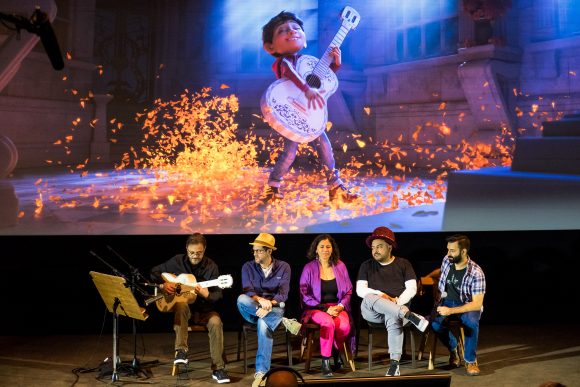 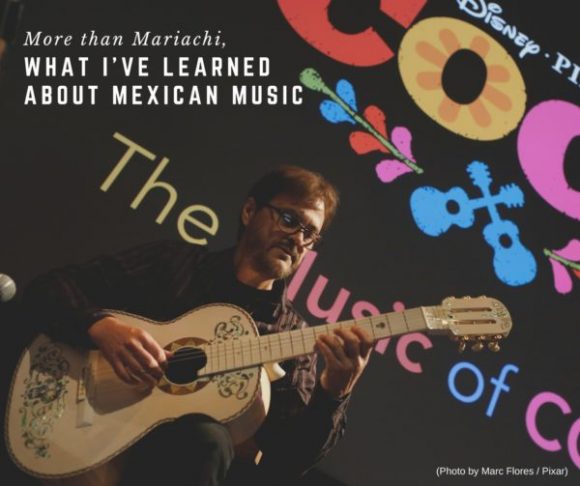 I learned so much on my trips for the Disney Pixar COCO movie. Here are 5 things I want you to know about the Mexican music in the COCO movie.

There are three ways Mexican music was used in the Disney Pixar COCO music.

Source music is the music the characters hear being played by other musicians. In COCO, one example is the music we hear the mariachi musicians play in the Santa Cecilia town square. Miguel finds inspiration from those musicians that gives way to more source music and the original music we hear him play in his secret attic. The score is that background music that brings us from scene to scene and reflects the emotions of the character and the setting. Bonus tidbit: New Jersey native Michael Giacchino composed the score. Original music is all those new songs musicians and songwriters wrote specifically for the COCO movie. There are 5 original songs written for COCO. 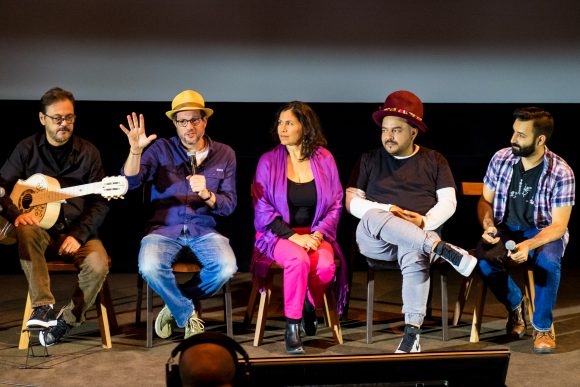 Pixar went to Mexico and brought the top musicians into studios to record the music for COCO.

This past November the Pixar team, including Adrian Molina and Germaine Franco, spent four days in Mexico City, recording every style of traditional Mexican music from the top 50 musicians. Germaine, songwriter reflected that she told musicians, “I want you to play your sound and the way you would do it not anything else but that.” The result was this collection of Mexican music that the producers could call on for any scene in COCO regardless of the mood or action of that scene. That music also gave Pixar a way to infuse the Mexican music of different regions of Mexico and genres into the musical landscape of COCO. 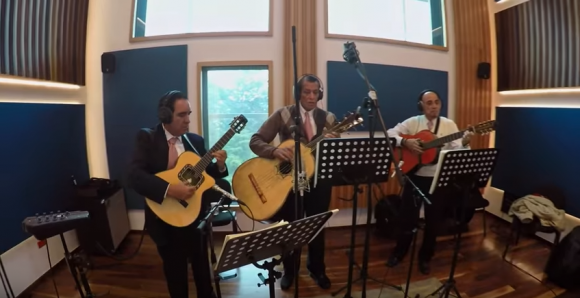 There’s more to Mexican music than mariachi. Mexico has a rich genre of music.

It was important to Lee Unkrich that every motion of Miguel and the others playing in COCO would be accurate and feel authentic.  All of the Mexican music performances from above were recorded for sound and picture, so that animators could duplicate finger movements on the guitar strings and the positions of the hands on the trumpets. As you watch songs being played it’s easy to get caught up in the COCO songs and feel like you are right there in the plaza or at Ernesto’s party. It also helps us appreciate the level of skill that Mexican musicians bring to their craft.

Unique and authentic Mexican music instruments were used for the COCO songs and music.

Creating COCO songs that were truly authentic to Mexican music required bringing in indigenous instruments that aren’t typically used in movie music. For example in the COCO song, Un Poco Loco, a jawbone rattle is used along with a harp to create the distinctive sounds in the song. You can hear a bit of this COCO song in the video below.

Other noteworthy instruments used in the COCO score include guitarrón, folkloric harp, a quijada, sousaphone, charchetas, jaranas, requintos, marimba, trumpets, and violins. Last August, an 83-piece orchestra was used to record the final score of Mexican music for COCO. 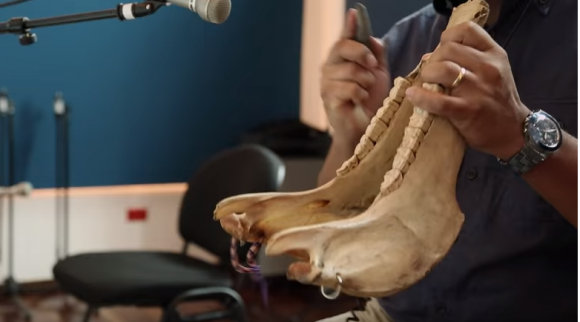 In the COCO song, Un Poco Loco, a jawbone rattle like this is used to create distinctive sounds.

Music, Mexican music can tell a story. It can stir up emotions and make you want to dance along to a beat. Expect to see all of that when you watch Disney Pixar COCO in theaters now! 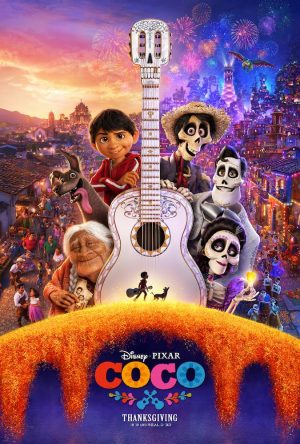 One thought on “More than Mariachi, What I’ve learned about Mexican Music #PixarCocoEvent”