We’re newbies to the “character breakfast at amusement parks scene”, but we had a fabulous first experience at Dutch Wonderland’s newest addition to its Kingdom for Kids. If you’ve visited Dutch Wonderland before, you’ll notice that part of the castle gift shop has been transformed to house Merlin’s Restaurant. It’s a full-service, sit-down themed restaurant so you can dine like royalty inside the castle.

Also new for 2012 was the magical buffet-style Merlin and Friends Character Breakfast. Children and their families met Princess Brooke, the Dutch Wonderland Knight, Duke and of course, Merlin. The breakfast was held at the park from 9-10 am each Friday-Sunday  through the end of the summer season on September 2, 2012.

We helped Merlin fix his wand during Merlin’s Character Breakfast at Dutch Wonderland.

I highly recommend checking it out next summer. For $12.99 per person, families can enjoy a yummy spread.

For a buffet-style breakfast, the food was indeed yummy. Worth noting- children 2 and under are also free for the breakfast. While we were enjoying our breakfast, Merlin and his friend Sir Matthew visited each table with different interactive magic tricks for each guest. Merlin’s wand was broken and wouldn’t light up until we joined him in saying the magic words, “Abracadabra”.

He was so excited to get a hug from Duke, captured by Dutch Wonderland’s official photographer.

Next came a visit from Princess Brooke and Duke the Dragon. My two-year-old was on the edge of his seat anxiously anticipating Duke’s arrival as he saw them making their way around the restaurant. He overheard the princess tell a little girl next to us that Duke loved her picture, and he began coloring his Thomas page so he could give it to the Dragon when it was his turn. The restaurant staff was very friendly and the characters did a fabulous job interacting with and engaging the children. Even the shy ones received special attention, and it was a fun and exciting way to begin our visit to Dutch Wonderland.

After each family received a visit from all four characters, they formed a conga line around the restaurant and gathered in the center for a dance party. The official photographer was on hand to take photos throughout the breakfast which were available for viewing and purchase afterward. I would recommend snapping your own pictures of your kids with the characters, which is allowed, since the official photos can get a little pricey at $9.99 each for a 4×6. We couldn’t resist these two gems that captured  our children’s expressions and excitement during breakfast much better than my iPhone.

Our baby saying hello to Duke the Dragon at Merlin and Friend’s Character Breakfast, captured by Dutch Wonderland’s official photographer.

In order to prepare for your own magical visit, please check out the Dutch Wonderland website for detailed Guest Policies and make a reservation online. Walk-up reservations are taken on the day of, but only if seating is available. Seating is limited, so we recommend calling ahead to secure your reservation.

For a few Merlin and Friends Character Breakfast photos, please check out our Facebook album.

Click over to see the rest of our Family Travel to Lancaster series. 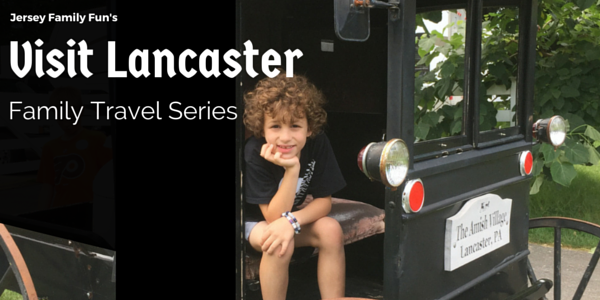 To arrange a review of your restaurant contact Jenniferauer@jerseyfamilyfun.com.