Have you met the Queen at Medieval Times New Jersey?

My first introduction to the Medieval Times Dinner and Tournament was back in 2002. During my honeymoon, my new father-in-law invited my husband and I out for dinner at the Medieval Times in Kissimmee, Florida. We were caught up in our newlywed bliss, and the knights, a king, horses made a magical time all the more special and one of my favorite memories from my honeymoon.

I’ve longed to go back ever since our honeymoon. It’s actually been on my New Jersey bucket list for some time to take my boys to the Medieval Times Dinner and Tournament in Lyndhurst, New Jersey.

This January, we had the chance. The news of changes in the Medieval Times program had been spreading. A queen would now take charge of the kingdom. One of her first royal acts was to invite bloggers from across her kingdom to join her for a majestic feast.

I could not have been more thrilled to be invited to the castle. Add in that the invitation was a few nights before my birthday and I was ready to mark another milestone with dinner at a Medieval Times castle. We laughed, feasted, cheered on our favorite knight and pretended to be royals in a castle. My big kid, tween, teen, and husband all enjoyed every minute.

Keep reading to see our reasons for YOU to visit Medieval Times New Jersey with your family and how you can win tickets.

Medieval Times has a queen!

King Herald of the North has passed on and with that his daughter is now the queen. Queen Dona Maria Isabella now reigns over the kingdom.

That means there’s a whole new Medieval Knights show to enjoy, but the Medieval Times Dinner and Tournament has more than new leadership. Take a look at what all is new.

4 new things about the Medieval Times Dinner and Tournament

• More than 700 new custom-designed and hand-made costumes for performers and horses.

• 200 new custom-designed and hand-made suits of armor, shields, and helmets, created at a dedicated armory in Florida.

• More than 350 team members and 225 horses were training and rehearsing lines and fight scenes for the new shows while still presenting the former version of the show. 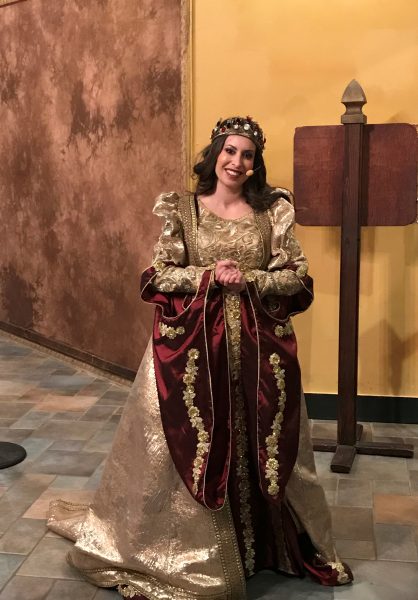 Eat with your hands!

You can eat your fresh, four-course feast of a dinner with your hands. Drink from a stein. Eat without utensils. No one will judge. 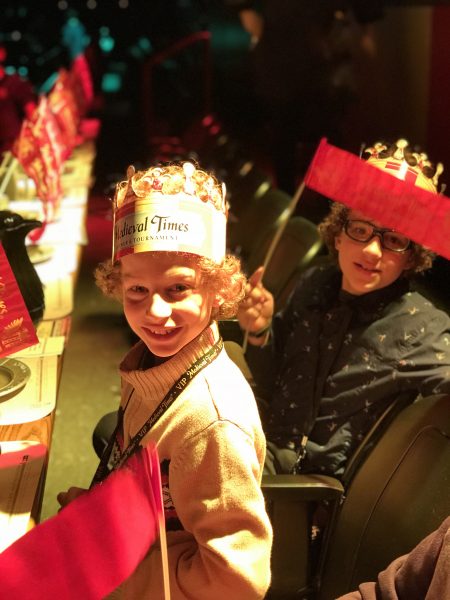 Kids are encouraged to be loud!

Cheer on your favorite knight. Yelling is encouraged. The louder the better.

The Medieval Times arena is divided into 6 colored sections. Each section has their own night to cheer for.

During our night at Medieval Times we were rooting for the red and yellow knight. It was a close battle of horsemanship and swordplay, but he eventually won Queen Isabella’s tournament of knights. 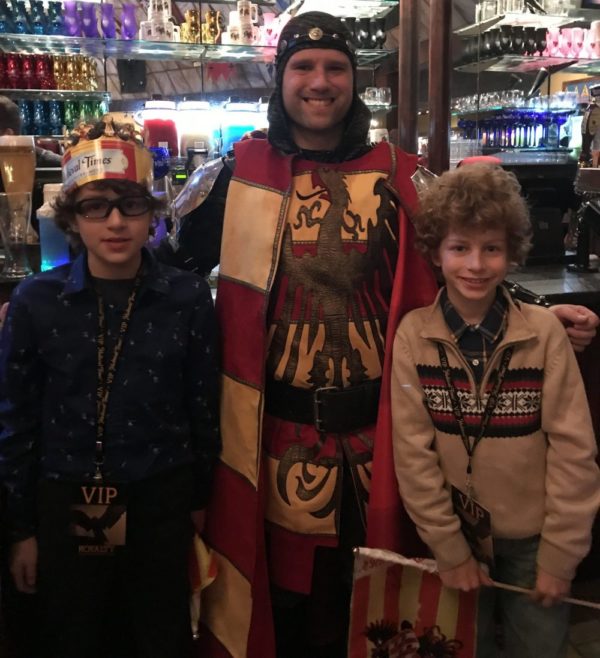 After the Medieval Times Tournament guests can pose for pictures with the knights and have the knights autograph their pennants and flags.

Witness fighting about the royal court

Witness the drama that occurs with a queen in charge. Not all of Queen Isabella’s court agree with how she’s governing.

The Queen wasn’t the only one treated like royalty. ;-)

Admire the grace and beauty of the kingdom’s most beautiful animals.

Throughout the Medieval Times dinner we were treated to dazzling performances from the horses.

We saw the horses in battles as knights raced with them in jousting matches with other knights. We saw them in more peaceful moments as they pranced and posed for the Mastress of Horses, Lady Liliana.

There is also a point during the dinner where the royal falcon makes an appearance. When the trainer released the falcon to fly about the arena we all watched every movement in awe. 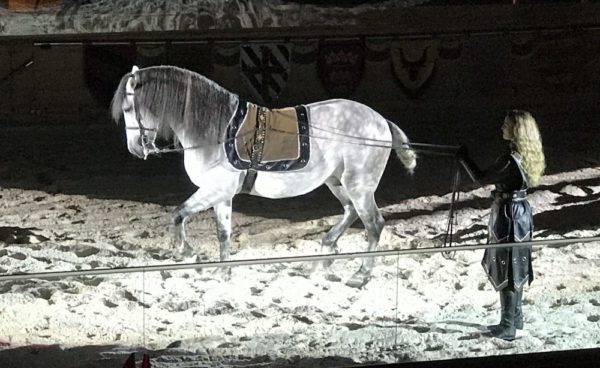 Another leading lady of Medieval Times New Jersey – Lady Liliana! She trains the horses and often rides in the show during the Master of Horse routine.

Save when you visit Medieval Times Dinner & Tournament in New Jersey

View more of our Medieval Times New Jersey photos in this Facebook album.

Learn more in our 10 Tips for a Medieval Times Dinner with Kids.

Who is ready to win tickets to Medieval Times New Jersey?

1 family will win a family 4 pack of tickets in our Medieval Times New Jersey Ticket Giveaway. 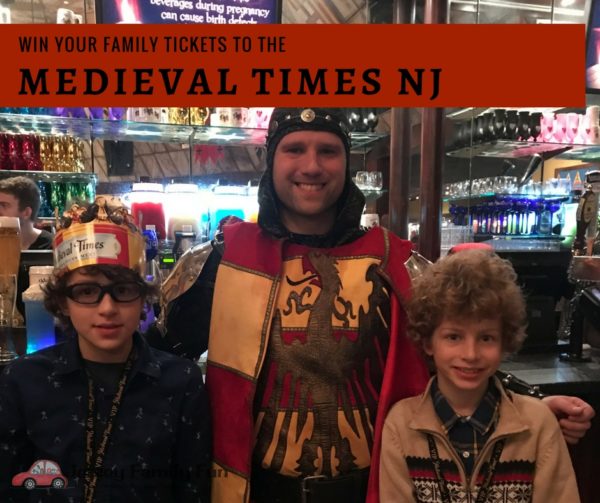 Our giveaway is now over and a winner has claimed the prize. Thank you to everyone who entered.

This is a fun local family activity that my girls would love!

Great article! My family would love to share in this experience. What a great family day trip!

Medieval fun, family memories, delicious food, one of a kind entertainment and kids have been begging to go!

My family and I never experienced this. Would be so awesome!

Thanks for the chance to win this awesome prize!!