My boys recently started karate classes at MacKenzie & Yates Martial Arts in Hammonton. As a result of my boys’ interest and my appreciation for what this Hammonton karate school is doing for them MacKenzie & Yates Martial Arts school and Jersey Family Fun have entered into an advertising partnership. I am delighted to be able to share how karate is changing my boys and what this martial arts school has to offer South Jersey families.

There’s something special about watching my boys take karate. It is like watching their growth as a person in slow motion. In the beginning they arrive at karate with unlimited amounts of energy. They are eager to do karate chops, high kicks, and punches to the punching bag.

There is so much they want to do but they don’t necessarily understand the focus and training that have to go into mastering karate. As a parent you sit on the sidelines and watch as the teachers take that energy and focus it in so your kids can learn the techniques. Sometimes my boys’ focus has been spot on. They are glued to every movement the teacher makes. Sometimes their focus is all over the place. They are bouncing between moves, punching at the bags, and not paying attention. It’s enough to make me want to run onto the mat to make them behave. And yes other times they whine about why they have to do this and that. But each class I see a little bit more growth in my boys. It’s not just about them getting better with the techniques. It’s about how they are motivated to want to do better. They want to practice the moves at home. They want to remember to bring the book to class. Because bringing the book to class means they can earn the signatures, the stripes, the other rewards for what they’ve learned. And at the same time they see the progress they’re making toward the bigger goals of earning that next belt and getting to the next level. 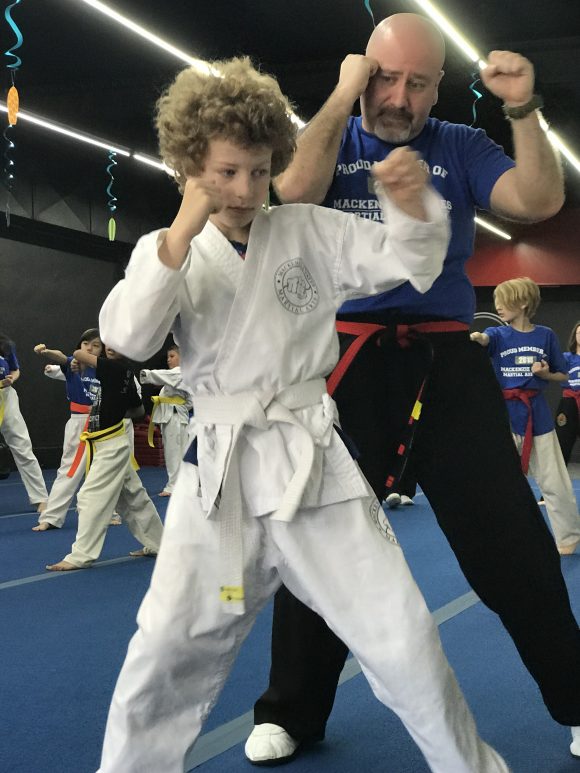 You can see the concenration in his face.

Unlike team sports, karate is all them. Their success, their failures, and everything in between all rests on them. The karate masters will teach them the techniques that they need to know. As parents were there to encourage them and cheer them on. At the end of the day though they are responsible for their own success. When they go to the testing competitions it’s not about how everyone else did compared to them. It’s how they do compared to a set of standards. They can’t blame anyone. Karate is about working hard and constantly focusing on how you can be better than you were the day before. It takes the self-disclipine and control we all want our kids to have. It’s a sport all of our kids can excel in. 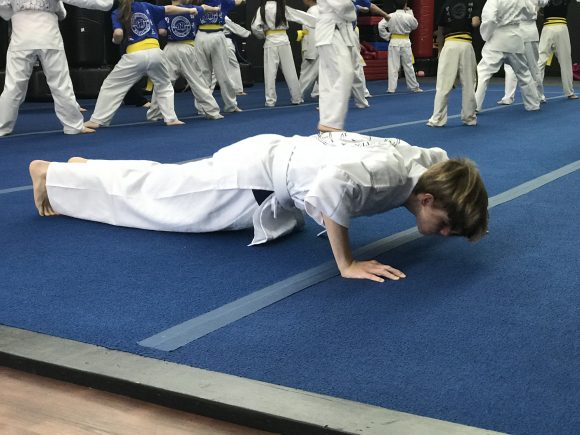 For my boys’ first belt they needed to be able to do a set of 10 push-ups, certain styles of kicks and other skills. When they go for that black belt in the years ahead they’re going to need to be able to do more sit ups, other styles of kicks, and patterns of movements. No one is expecting them to be able to do all of that right now. No one is expecting them to be master karate students right now. They start at this beginning level of white belt and through continuous practice, goalsetting, and attending classes they grow, improve, and become better than they were before. 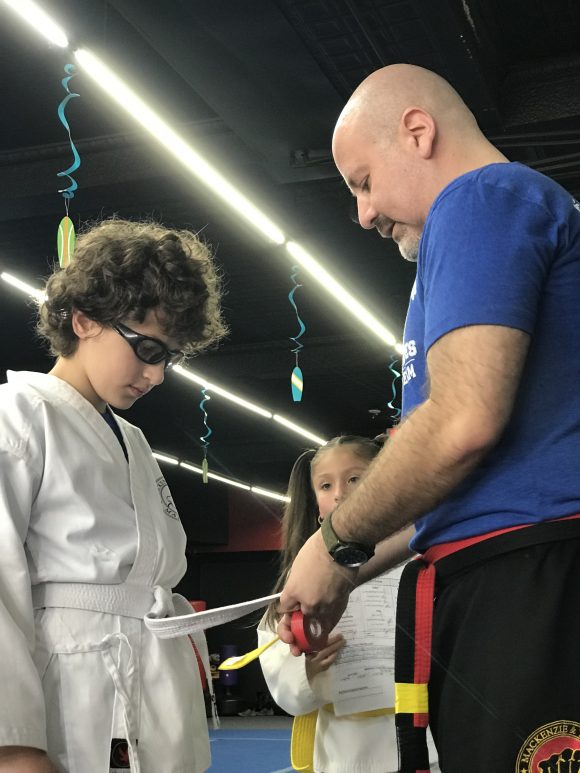 Earning his stripes towards his first belt.

Life does not give us many opportunities to see the growth of our children in slow motion. Karate is one of those chances. It may only be 45 minutes two or three times a week but I’ll enjoy every moment of it. 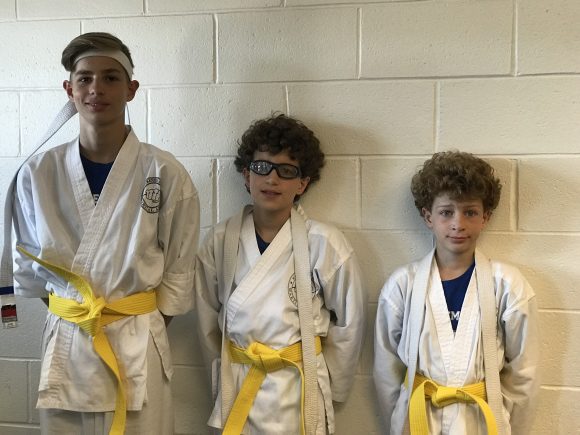 The Auer boys have earned their low yellow belts in karate with Mackenzie & Yates. 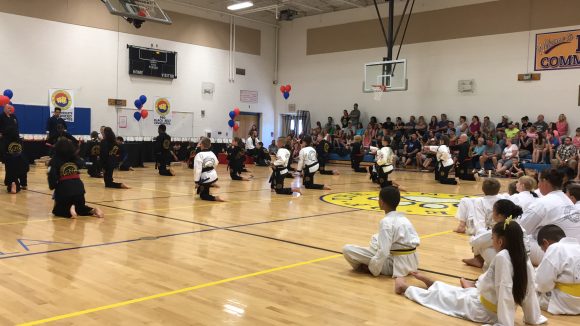 At a martial arts belt test all of the Mackenzie & Yates students attend together, with each level showing skills together and separately.