Our thanks to Oriental Trading for helping to make this post possible and inspiring our creativity for another fun birthday party idea.

Is your child into pirates? Has he or she been dreaming of a pirate birthday party but you don’t know where to start?

Let us help you plan the perfect pirate birthday party! 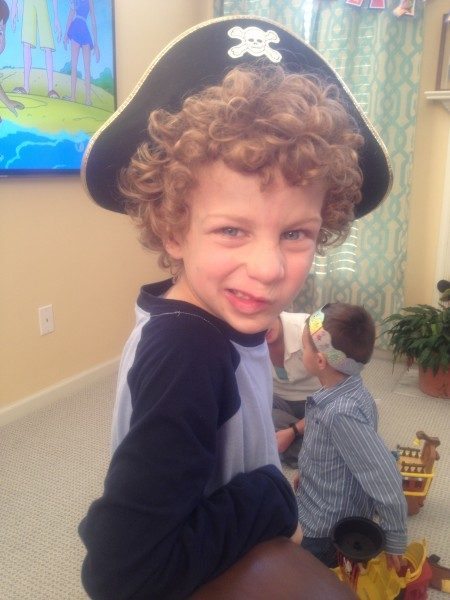 One of my favorite pirates

My pirate party planning skills have come in very handy at our Kids’ Quarters at the Tuckerton Seaport, especially considering how once a year the Seaport has a Privateers & Pirates Festival. At their most recent festival, I was able to partner with Oriental Trading Company. The booty Oriental Trading Company provided helped us engage the pirates and privateers in lots of crafting activities. With pirate crafts and activities, everyone had a fun time and no one had to walk the plank.

If you’re not sure where to start with planning a pirate birthday party for your birthday child we can help. With our ideas and Oriental Trading’s pirate products your Pirate Birthday Party is going to be a blast.

How to Have a Pirate Birthday Party

Invitations should generally be sent out 2-3 weeks before the birthday party date.

Decorating for a Pirate Birthday Party

Decorating for a pirate party can be so much fun, here’s a few ideas to get you started.

This game is full of anticipation and excitement. Perfect for any family game night! 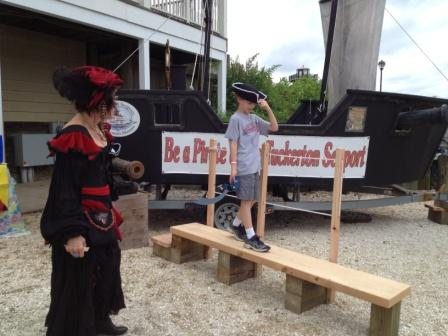 Someone loves the pirate photo frame they made with Oriental Trading’s kit.

Planning food for your pirate birthday party doesn’t have to be hard either. Check out these easy ideas.

We have other ideas for pirate birthday party food in this blog post.

Birthday Gifts for the Birthday Child

Oh my goodness! Pirates are so popular with kids, you can’t go wrong with most gifts out there. Consider one of the storybooks we recommended above or even the pirate game. Most bookstores will have plenty of children’s books with pirate themes. If you purchase one, you could tuck some extra loot inside the pages of the book. If the child is younger, look for Jake and the Neverland Pirate themed gifts. For the slightly older child, gifts related to the new Pan movie would be a hit.

If you’ve created the crafts above that alone can be treasure enough for your pirate birthday party guests. If you want to do more though you can’t go wrong searching the 66 items in the pirate party loot at Oriental Trading. Here’s some of our favorites.

Don’t forget the best pirate always appreciates the fellow pirates that helped find the treasure. Help your child show his manners with your guests with a thank you card. Either decorate the card with pirate stickers or use some of the same tips we recommended for creating a pirate party invitation when you create pirate thank you cards.

We hope you enjoy our Pirate birthday party ideas. We’d love to have you pin this for later or see our other ideas for birthday parties or playdates.