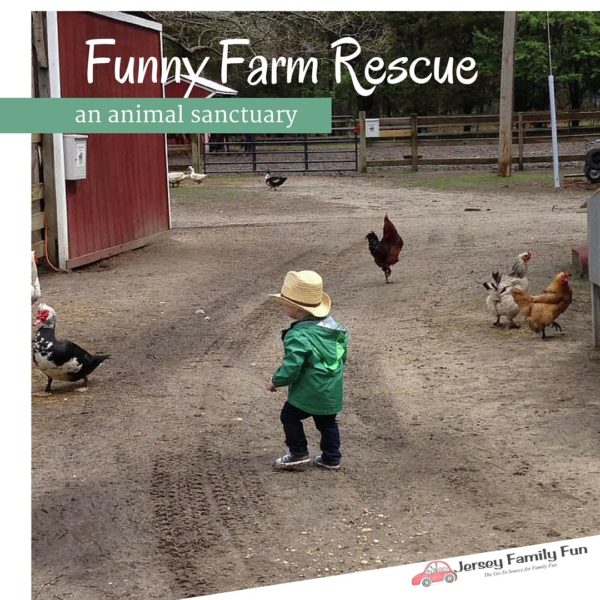 My family and I recently had the opportunity to tour the Funny Farm animal rescue in Mays Landing. I had heard great things about the farm, and having three little animal lovers, I decided it was time we check it out ourselves! We had no idea what was in store for us on that cloudy Saturday morning! 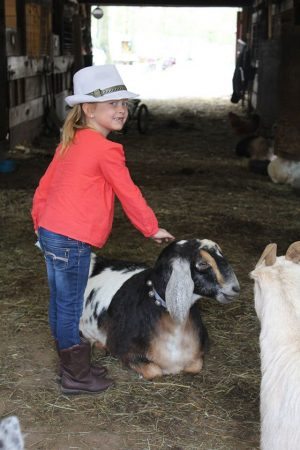 Petting a friendly goat in the stable

Upon entering the big metal gates at the top of the driveway, we were in awe of the size of the farm, the Funny Farm was nestled back off the road in a very quiet part of Mays Landing. The next thing that took us by surprise were several dogs that greeted us on our way down the driveway…as well as one very nosy turkey named Rosie. As we got out of the van and met farm owner Laurie Zaleski, we instantly felt welcome and realized we were in for a real treat! We had been invited to tour the Funny Farm on a Saturday, when it is not usually open to the public, so we had time to chat with Laurie about the history of the farm as well as some of the animals’ stories.

The farm was originally purchased as a home but with so much land, Laurie realized it could be so much more. She adopted a horse…a few chickens…and the rest is history. Now, 16 years later, she has hundreds of animals at the farm, each with it’s own space, story, and name. I lost track at some point during our visit, but I know I met a pig named Bacon Bit, a donkey named Eeyore (who LOVES attention), a steer named T-Bone, and a smiling dog named Fred. Most of the animals at the farm are allowed to roam free, with the exception of most of the horses, the steer, and the donkeys. One horse, named Socks, has free range of the farm, something you don’t see too often. He actually approached us at one point, and posed for a photo! You could tell he was used to visitors! 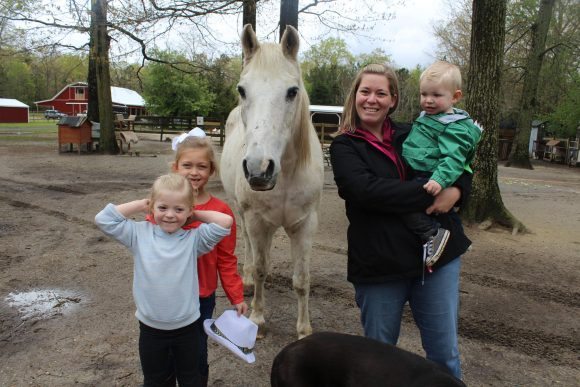 Socks, the horse, loves having his picture taken!

As we toured the Funny Farm, Laurie told me about the issues that led a lot of her animals to her. She has a peacock, who came to her with a broken back, who was going to be euthanized otherwise. She nursed him back to health and he lives happily with the other birds on the farm. She also has a German Shepherd named Chuck with a digestion issue that causes him to require only fluids (which she blends herself 4 times daily), and has to eat in a custom built high chair in order to keep the food down. She adopted him when he was 3 months old, and was told he could not survive his condition. He is currently 3 1/2 years old and as playful as can be. Laurie described the animals as her kids, which made complete sense to me, as she seemed to know everything about all of them and even had to break up a few squabbles between them while we were there! 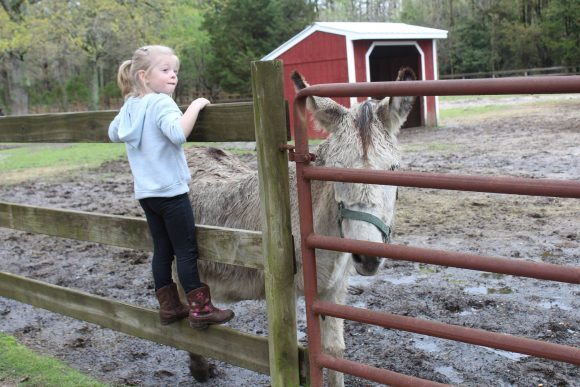 The Funny Farm animal rescue is open to the public on Tuesdays and Sundays, as well as a few other days throughout the year, for fundraisers and special events. The farm is free to visit, and runs solely on donations. There is no paid staff at the farm, the animals are cared for by Laurie and an assortment of volunteers.

Funny Farm Animal Rescue is located at 6908 Railroad Blvd. in Mays Landing (Atlantic County). Visiting hours are Tuesdays and Sundays from 8am to 4:30pm. For more information, please visit their website.

I live in Millville,NJ. How do get too your farm. I know I go down lincolyn ave and then turn right on Landis ave, from there I am confused. Can you help me out..Jules janjule00@aol.com

Hi Jules. I know it can be a bit tricky. I'd recommend contacting the farm directly or using a gps system to help direct you.- Jenn

Laurie, Your efforts for your animals is amazing. What a lot of work and food!

Our family has a special question: would it be okay for our family of 12 to visit on Sunday, (9/16/18)? We hope to create a happy memory of our son Matt. We do not ask for any special attention and would also like to donate gifts in Matthew's name.

Please reply, if this would be possible.

Beverly, your comment here will not reach Laurie. What you read is our article about the Funny Farm and our experience there. This site is not maintained or in regular contact with anyone from the farm. - Jenn

I also got to visit the Funny Farm while visiting my family. Laurie is a very special lady to take these unwanted animals and give them her love. I feel nothing but love for which she is doing. I make a donation now just to help out. Keep up the good work.