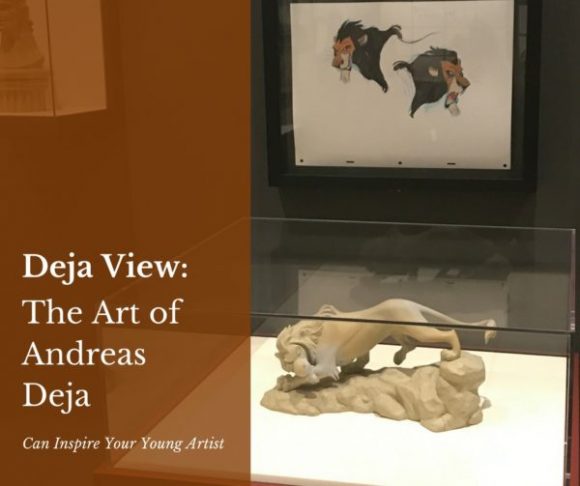 Awe-inspiring, that is how I would describe my visit to the Walt Disney Family Museum in San Francisco. Within a few buildings, there is a magnificent collection of exhibits that will truly have you in awe not only of the art behind Disney films but also the man behind Disney. There is so much I could share with you but for now, I wanted to focus on the “Deja View: The Art of Andreas Deja” exhibit. It’s a temporary exhibit at the Walt Disney Family Museum in honor of upcoming The Lion King Blu-ray/Digital HD release. Walking through the gallery was a wonderful way to learn how Andreas Deja got his inspiration as well as learn how his work could inspire my own boys who love creating artwork. 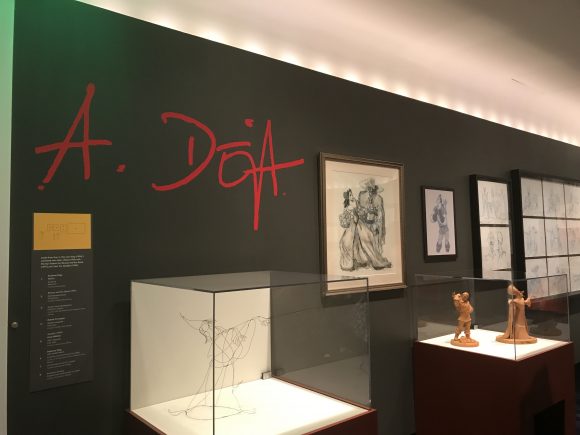 How Deja View: The Art of Andreas Deja Can Inspire Your Young Artist

Know that a movie can inspire a passion that can lead to a career.

Andreas Deja saw Disney’s Jungle Book in 1967, at the age of 13. That movie was all it took to spark a desire in Deja to become a Disney animation artist. While living in Germany, he wrote a letter to the Walt Disney Studios to find out what it would take to work for them as an animator. He actually got a response. Walt Disney Productions responded with a detailed list of the training and future education he would need if he continued to want to become a Disney animator. Deja followed all of their suggestions and later secured a job working as a Disney animation artist. 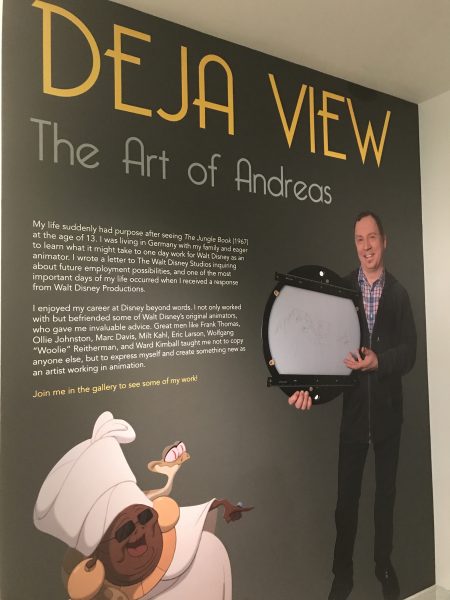 Andreas Deja was fortunate enough to work along side of Frank Thomas, Ollie Johnson, Marc Davis, Milt Kahl, Eric Larson, Wolfgang “Woolie” Reitherman, and Ward Kimball. He credits them with sharing great advice that he continues to value today. “They taught me not to copy anyone else, but to express myself and create something new as an artist working in animation.”

Learn how art can come in many forms.

One of the magnificent things we learned in the Deja View: The Art of Andreas Deja exhibit was the many forms that art can take. An artist doesn’t need to limit his work to drawings or paintings. Instead, artists like Andreas Deja use a variety of materials and art methods to create art. Deja’s work to animate The Lion King included pencil sketchings, colorful drawings, and 3D wire sculptures. Clay models were then created for The Lion King based on his art. 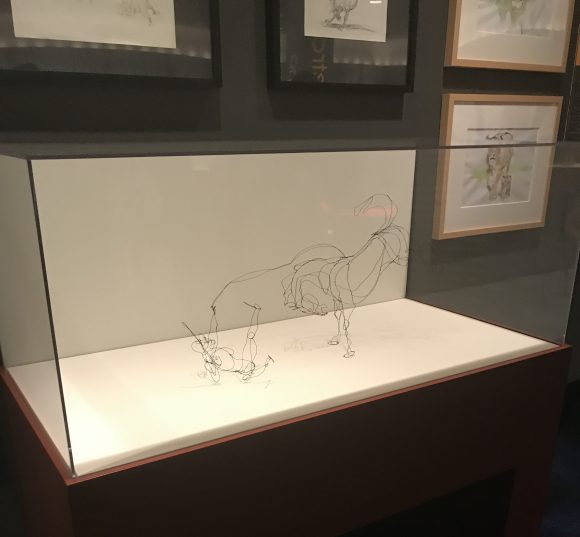 This idea that artists need to practice, practice, practice to improve is not new to me. I remember hearing this on the Beauty and the Beast press junket when I met with Milo’s Murphy’s Law co-creator, Jeff “Swampy” Marsh who advised, “Throw away their erasers. The whole thing that I always see people doing, or kids, that are drawing, or trying to create perfect drawings or beautiful drawings, and somebody much wiser than me once said, ‘I think there are 10,000 bad drawings, and your job is to get them out as quickly as possible, and you only do that by doing more drawings.’” (You can read more in that interview here.) It was the same for Deja. He saw value in practicing his skills. In this Walt Disney Family Museum gallery, there was a wall with pictures of Deja’ earlier sketches where he was learning to draw animals, to understand their movements, and get the proportions of their bodies correct. He was actually quite fond of drawing cats, especially lions. Even though some of his art on display looks like it’s from The Lion King it was actually created before he even became a part of that Disney film.

A talent can show itself in many ways.

Aside from animating villains like Scar from The Lion King, the barbaric Gaston for Disney’s Beauty and the Beast (1991) and Jafar for Aladdin (1992),  Andreas Deja also animated the well-known and loved characters of Hercules, Mama Odie, and Lilo Pelekai. He used his talent in animation to apply it to multiple Disney movies. 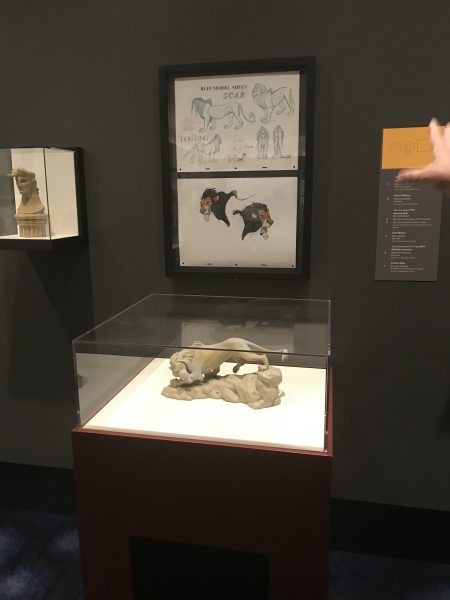 Art can be playful.

In The Deja View: The Art of Andreas Deja exhibit we also learned how art can be playful. The Zoetropia were wheels on display to help us understand how some animation works. There were zoetropes set up for a few different characters from The Lion King like Jafar and Mushka. Images of the characters were on the inside of the wheel. When we spun the wheel and looked through the slots it was as if the animals from The Lion King were moving in front of our very eyes. 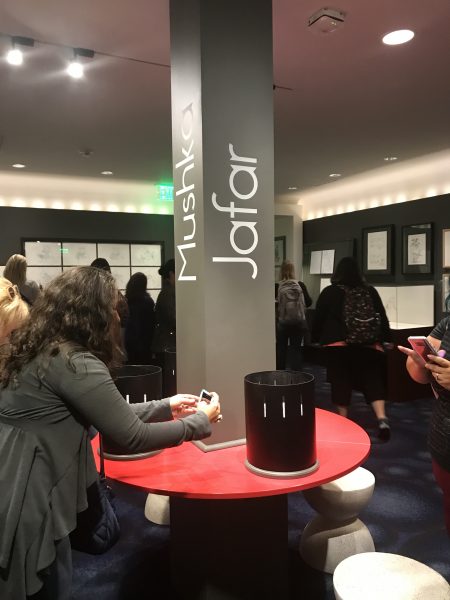 Opportunities to learn exist all around us.

During, our tour of The Deja View: The Art of Andreas Deja exhibit we learned that Deja once bought character statues at a gift shop to help him create animals. He took those models home and studied them to help him improve his own drawings of tigers. 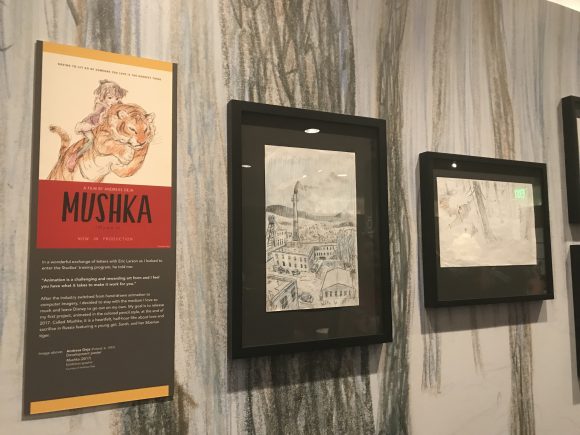 The Deja View: The Art of Andreas Deja exhibit at the Walt Disney Family Museum will only be available for visits through to October 9, 2017. To learn more or arrange your visit, please visit their site at waltdisney.org.

I will be sharing more about the Walt Disney Family Museum, the Lion King DVD release, and Disney Pixar Coco in the coming weeks. Keep following along or click on #PixarCocoEvent to read any of the articles from our series.