Initially published in 2013 but updated annually. Unfortunately, the 2020 Atlantic City Air Show has been cancelled. You can read more details here.

Every year nearly 1,000,000 people visit the beaches of Atlantic City to enjoy the Atlantic City Air Show Thunder Over the Boardwalk. 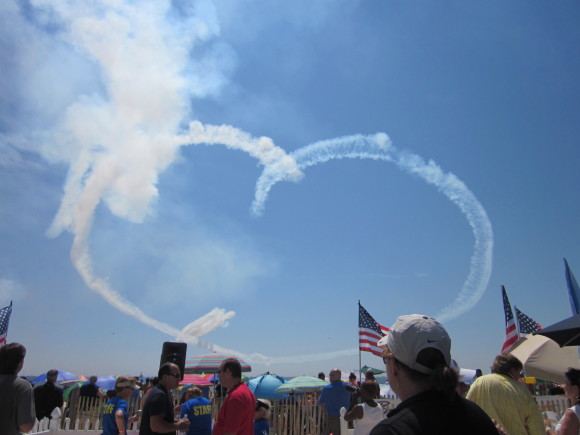 Find your own spot on the beach

Eat on the beach at the Atlantic City Air Show

My top 3 favorite Atlantic City Air Show: Thunder Over the Boardwalk performances include:

As their name suggests, the Skytypers do skywriting in puffs of smoke. Most planes that spell out names or create midair images do it laboriously, one letter at a time, using the craft’s thick emissions trail. “We’re the only guys in the country that do it digitally at altitude, through a computer,” says Arken. [Arken is commanding officer and lead pilot for the Geico Skytypers, a squadron of six vintage World War II aircraft that performs precision flight maneuvers at airshows around the United States.] “We can do 25 letters in a minute and a half.” 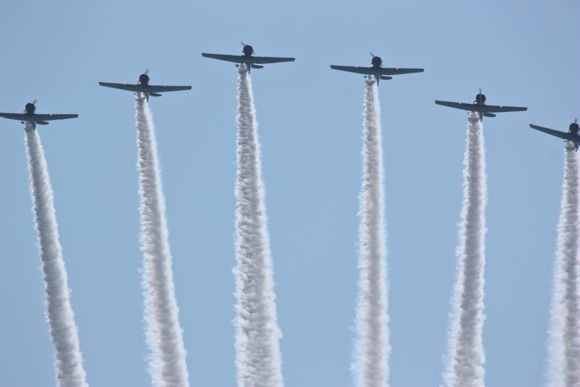 For more ideas for things to do with the kids in Atlantic City after the Air Show, please visit this link.

18 Things to do in Atlantic City With Kids

Did you go last year? Do you have any other tips to share?