This post was sponsored through the travel campaign with New Creative Media. We appreciate their support of Jersey Family Fun that allows us to share with families information we think your family may enjoy.

During our recent Weekends in New Jersey coverage we experienced what we hope is the first of many Wyndham Weekends. We enjoyed so much of the restaurants and The Mall at Short Hills that we ran out of time to explore Morristown National Historical Park. With so much to explore, I know I’ll be bringing my kids back.

Morristown National Historical Park has 4 different areas with each area offering unique buildings or grounds to explore. Ford Mansion and Fort Nonsense in the northern part of the park and Jockey Hollow and the NJ brigade in the southern area. These two locations will require travel by car to get to them. To plan your visit, check here for more information.

Guided tours are available throughout the day at The Ford Mansion. Tours start at Washington’s Headquarters Museum. Each tour is between 30-45 minutes but is limited to 20 per tour guide. The tour includes a walk through the Ford Mansion, where General Washington spent time during the winter of 1779 into the spring of 1780.

The Washington Headquarters Museum, designed by John Russell Pope, was completed in 1937 serves as the focal point for visitors to the park.

This gallery shows of the fashion, entertainment, and everyday tasks associated with the wealthy families, like the Fords, during the colonial and revolutionary periods.

This gallery features military artifacts from the Revolutionary War. Visitors learn about tactics, weapons, strategy, and camp life from Britain and America.

This gallery is the beneficiary of a significant bequest made by one of the park’s founding fathers, Lloyd W. Smith. Smith was a life-long collector and antiquarian whose collection includes over 300,000 manuscripts and rare books. Pamphlets from the Smith collection chronicle the beginning of the Revolution through to independence and beyond to commemoration.

Fort Nonsense, home of a 1977 encampment, provides incredible views of Morris County. Unfortunately nothing of the 1777 fort exists.

Home to 1500 forested acres, Jockey Hollow has 20 miles of trails for every ability. From easy to moderate difficulty, these Jockey Hollow trails provide hikers with not just a picturesque hike but also to be among the grounds of the Continental Army’s winter encampment of 1779-1780. Hours change with the season so please call ahead (973) 543-4030. 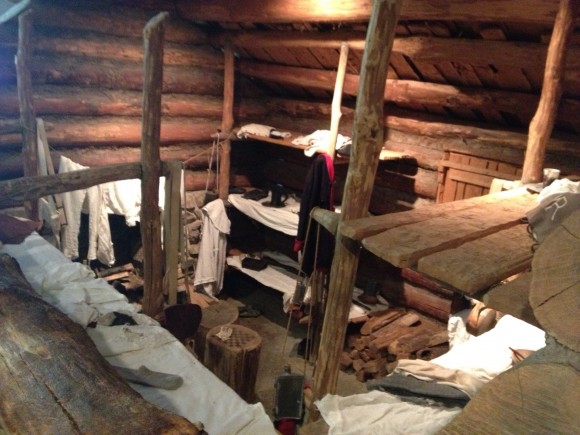 See, an exact replica of a soldier’s hut, the 14’x16′ wooden structure that 12 soldiers would have shared during their winter at Jockey Hollow. it’s an interactive exhibit that gives guests a first-hand look at a soldier’s life during the eighteenth century.

Wick House, another eighteenth century structure was originally owned by Henry Wick, a wealthy farmer. Wick House was Major General Arthur St. Clair of Pennsylvania headquarters during the Jockey Hollow Encampment. The house still resembles how it would have been then. It’s even staffed by a park ranger wearing a period costume.

Complimenting the House is the Wick House Garden. Maintained by the Herb Society of America’s New Jersey Chapter, the Garden is home to a variety of herbs and other plants, that were used by Americans during the colonial period. 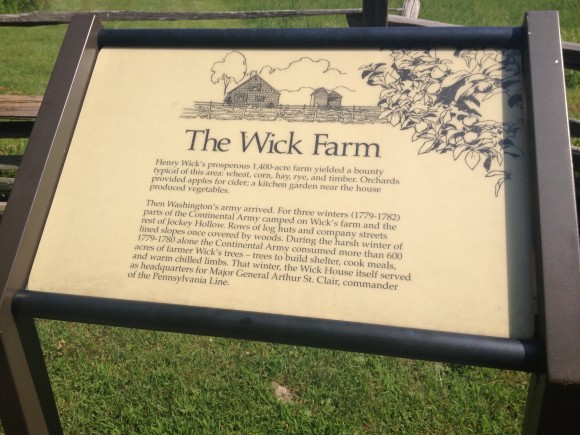 More about the Trails

While hiking, seek out the five reproduction soldiers’ huts. They stand now as as they would have stood at Jockey Hollow during the 1780 encampment. The huts remind us of the roughly 1,000 huts the Continental Army constructed during their stay in the Morristown area.

Built in 1905 as Hardscrabble House and purchased in 1929 by Redmond and Julia Cross, the Cross estate has not changed much. After exploring the grounds of Morristown National Historical Park this might be just the place to end your day. The gardens are the perfect setting to unwind and relax; it’s just what the Cross’ wanted for themselves when creating the property. 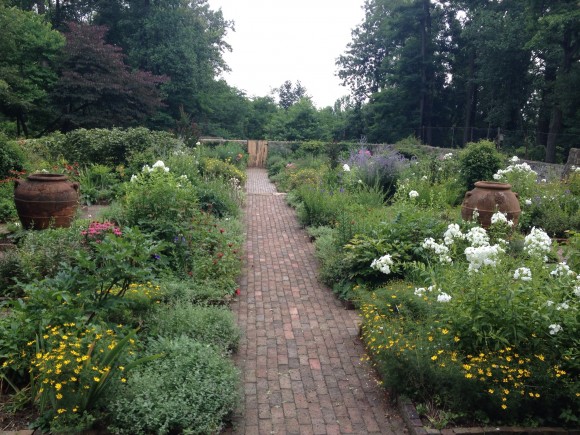 In full disclosure, this post was sponsored through the travel campaign with New Creative Media.